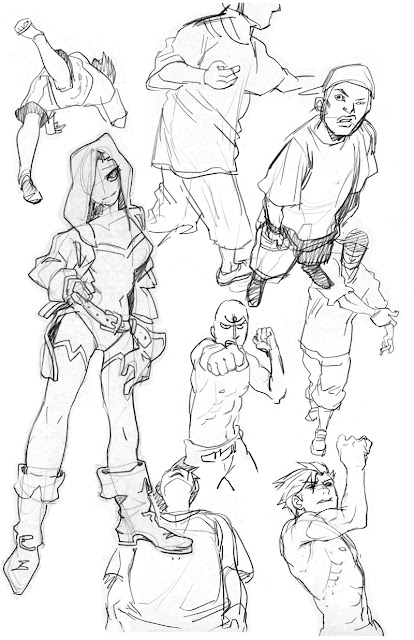 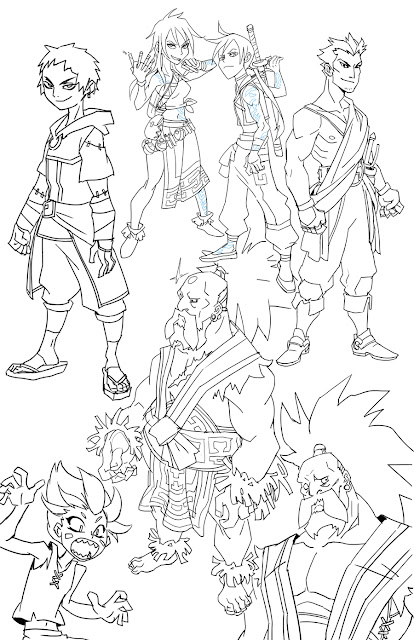 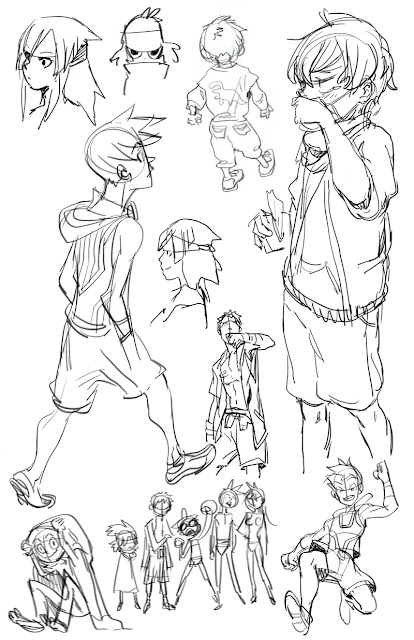 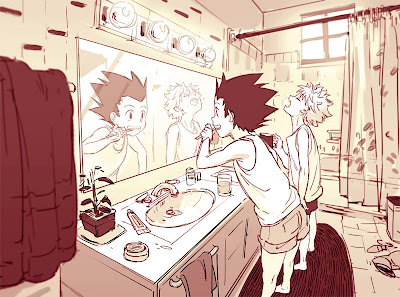 Someone suggested drawing a "day in the life of" for Gon and Killua. Brush those teeth, kids! 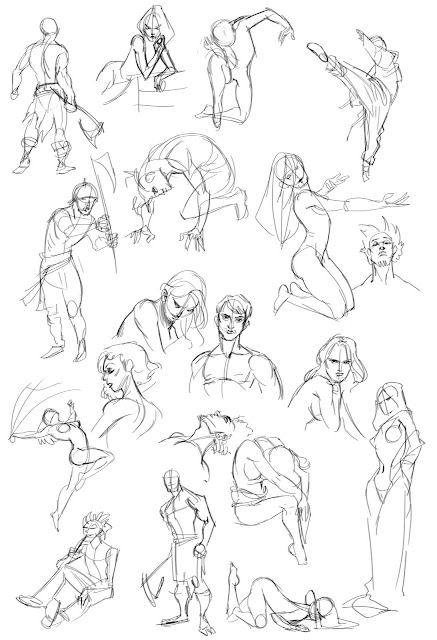 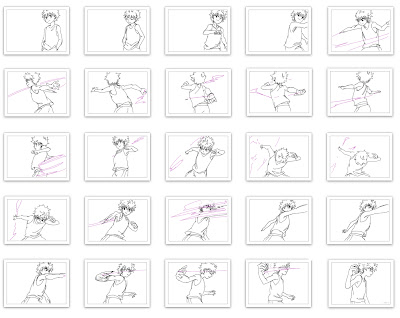 Frames from the GIF a few posts down. Done in Twiflip.net 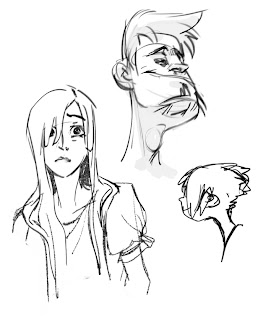 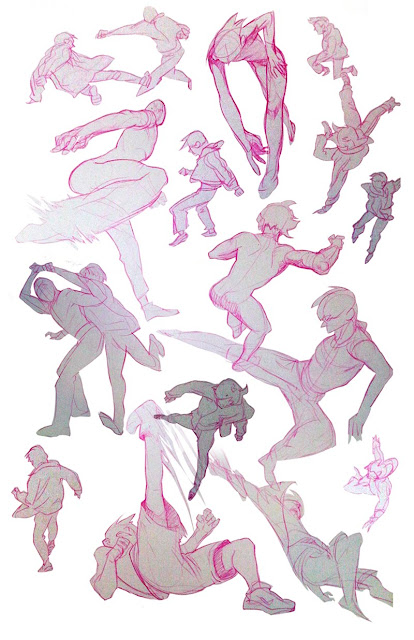 Forgot I had some of this stuff from a while back... This one, is mostly studies from a Japanese Action Posebook. Aww yea, pink pencils and pre-scanner days!

I gotta finish up some of this stuff just lying around collecting dust. But there's so much new stuff to get to! (AADD... Art Attention Deficit Disorder, anyone?)  ＼( ￣∇￣ )/
at 8:13 PM 9 comments:

Ah wow, time passes so fast! Before I know it, it's been months since my last update...
Scanning and posting just takes so long, you just want to move on! Most of the stuff I've been drawing in my free time are just studies and gestures anyway. Well with that said, this is a pretty random smattering of stuff. 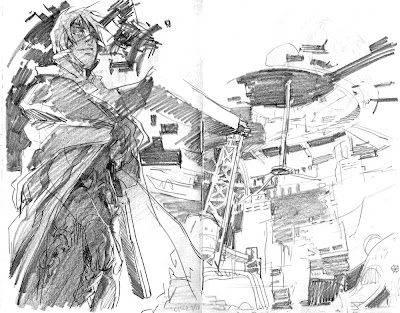 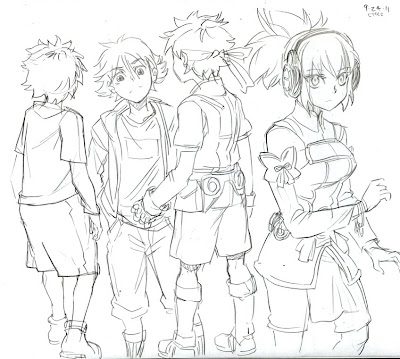 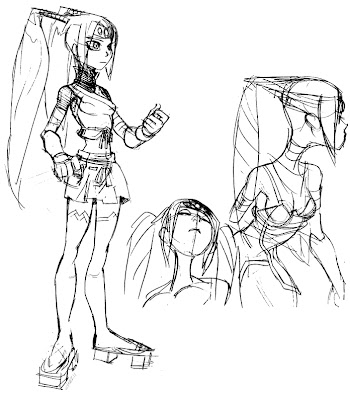 I also just realized I rarely... wait, I never posted drawings of these original characters before despite them being having existed at least two years ago, so here's a random depiction of one of them being owned by a kid (flattering first post, indeed): 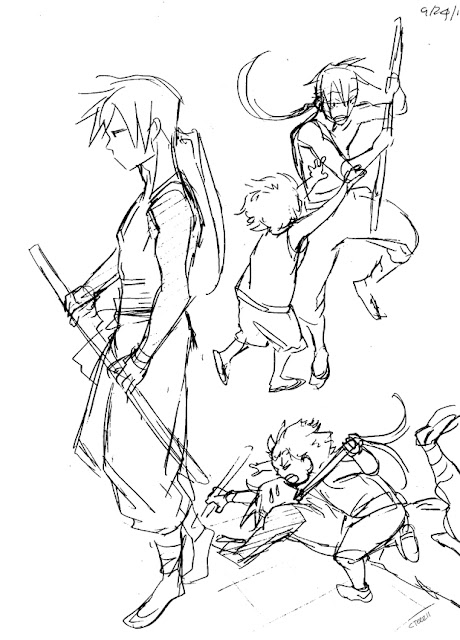 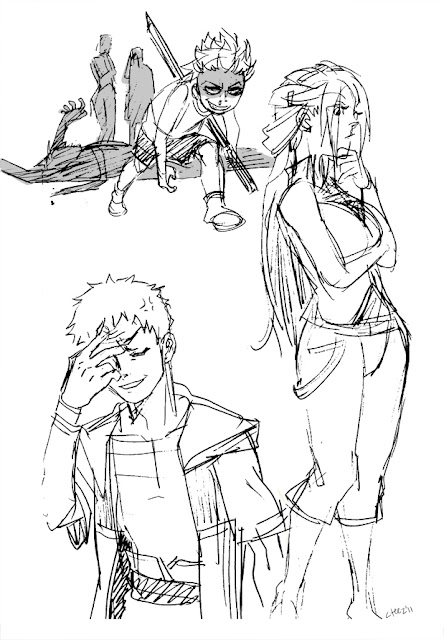 More random characters from sketchbook~
She doesn't really have a costume yet. But she does have funky bandage arms. 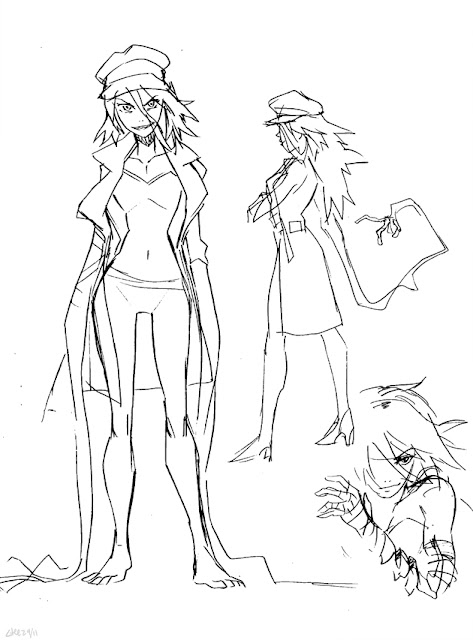 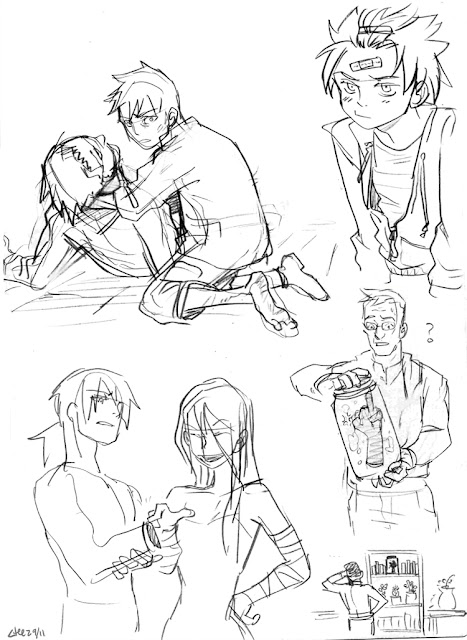 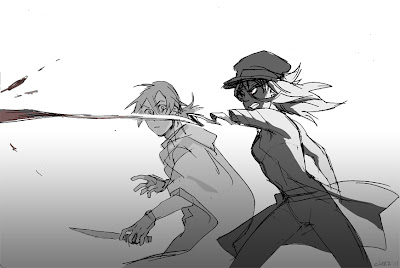 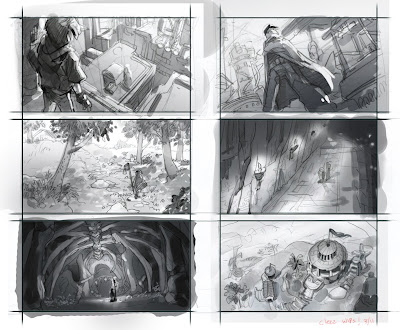 Also here are some GIFs:

New > old
The last one says its a work in progress, but that was done back when I thought animating on Photoshop might have been a fun idea... Now I think not... lol!

And the next two are just for the lulz-- 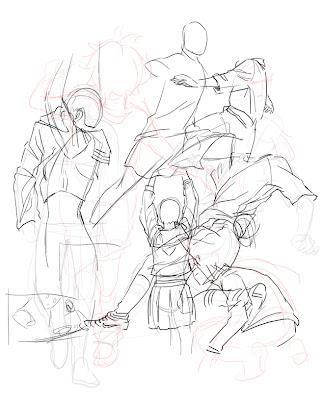 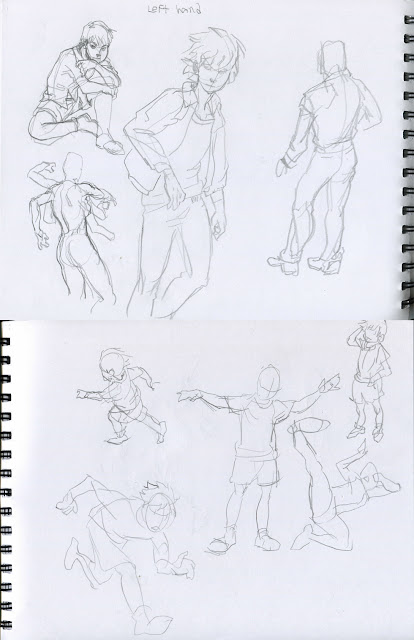 Being at home for the holiday break meant no digital stuff, but it did mean a scanner and time with a sketchbook! This time I had a moleskine softcover book. I like the size of the pages and the feel of 2b/4b pencils on here, makes me think of conte and newsprint~! The only downer is that the drawings show through on the other side of the thin pages :( but it's alright 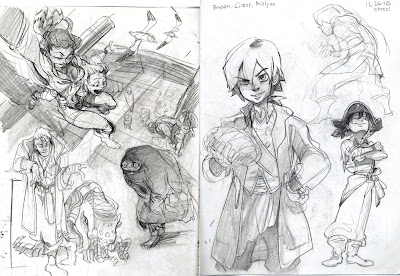 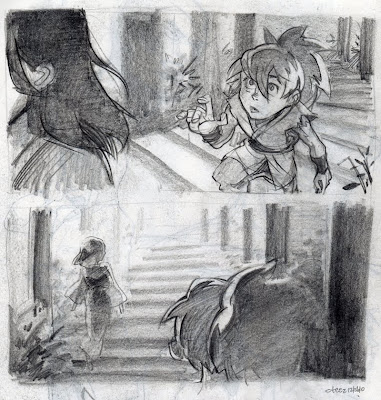 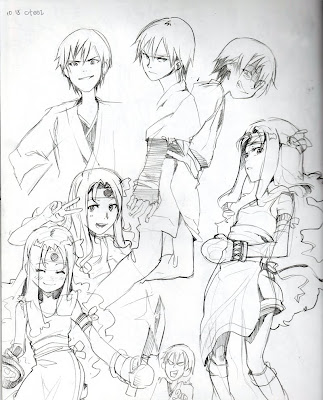 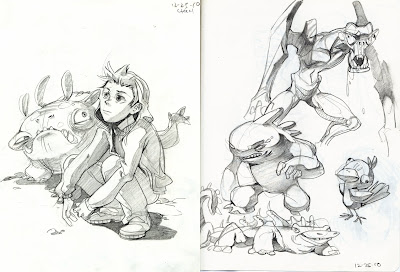 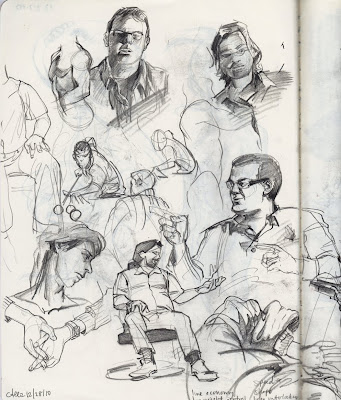 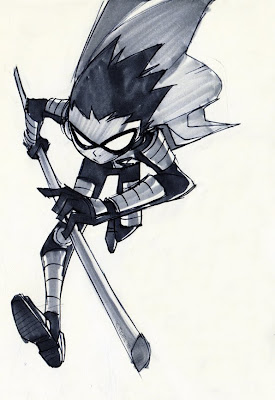 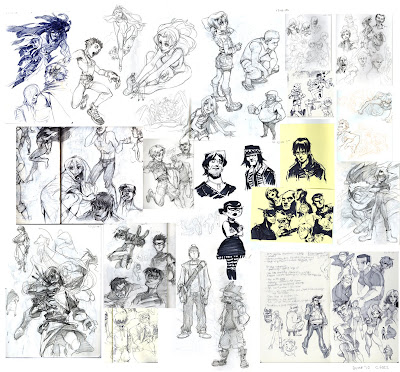 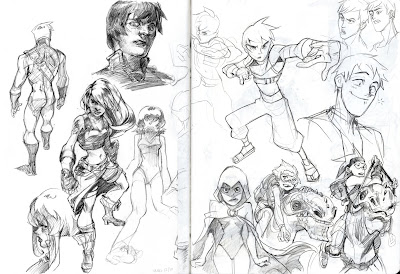 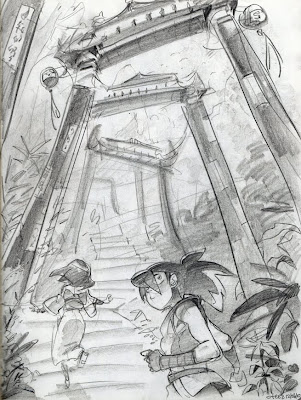